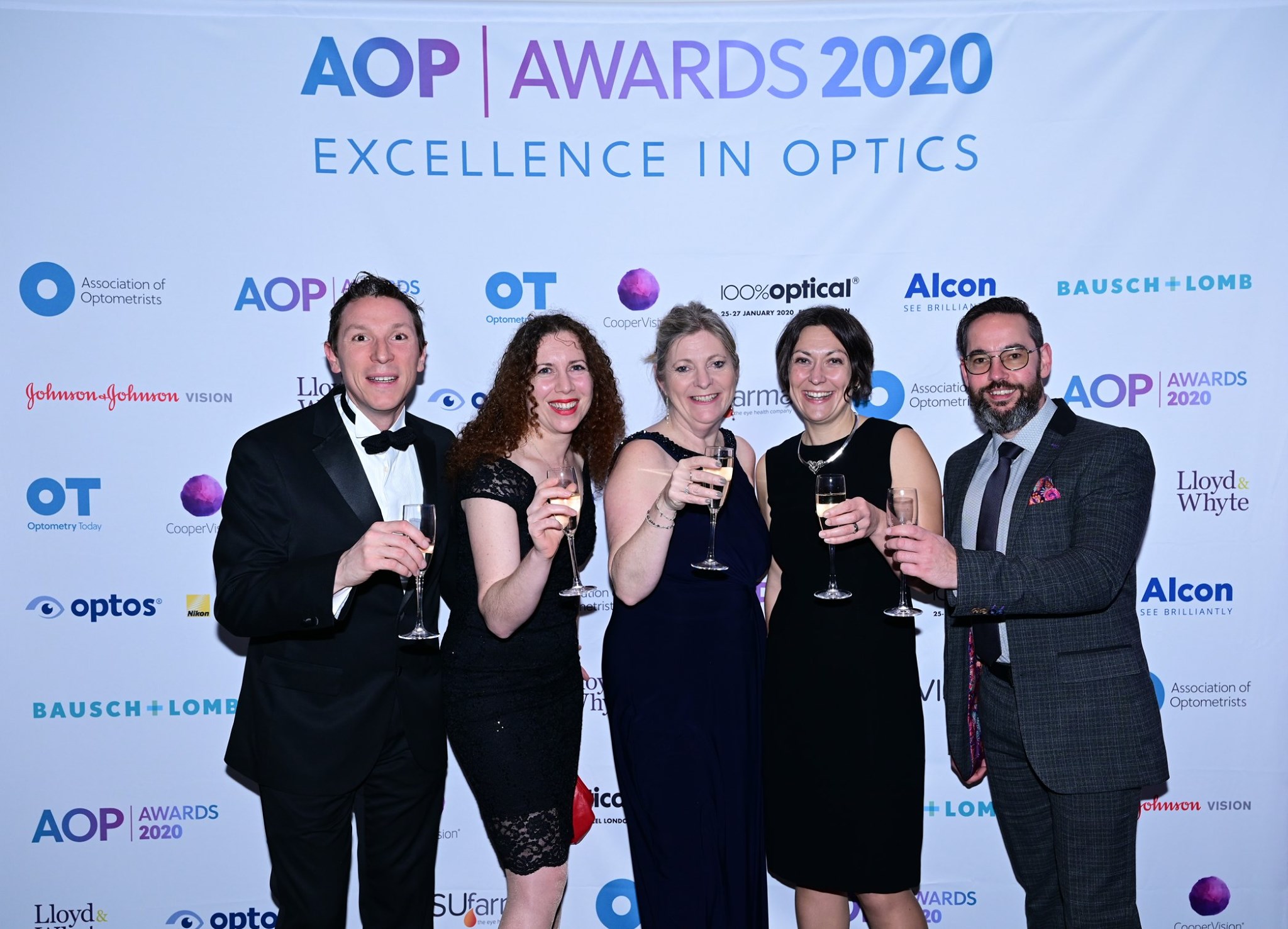 Coleman Optician Hearing and Vision Centre have won a prestigious national award. The independent practice, which is based in Norwich, have been announced as winners in the category of Health & Wellbeing Initiative of the Year in the AOP Awards 2020,which is organised by the Association of Optometrists (AOP).

Helen Hillis, Director at Coleman Optician Hearing and Vision Centre, said: “Health and wellbeing has always been high on our agenda, but we kick started 2019 with a much more focussed approach for our staff, our practice ethos and our outreach activities in the community.

“We have seen a happy and healthy return on staff fitness, attitude and teamwork, and we have also made a really positive change by raising money through fundraising, as well as offering volunteers to a range of local charities, increased awareness on sustainability and the environment. Being recognised for these achievements by the AOP is an incredible accolade for us within the industry.

The Awards, now in its ninth year, recognises the highest levels of achievement in UK optics. The Health & Wellbeing Initiative of the Year accolade celebrates those who understand the important role that health and wellbeing can play in job satisfaction.

AOP Chief Executive, Henrietta Alderman commented: “The AOP Awards shines a spotlight on the extraordinary individuals and teams who are propelling the profession forward with their knowledge, expertise, dedication and passion. This year is no different – with all the winners, and indeed finalists, giving an impressive account for optometry, I wish them every success in the future.”

The winners of the AOP Awards 2020 were announced on 26 January at a national awards ceremony in London.

Now in its ninth year, the AOP Awards has become a highlight of the optical calendar. Taking place at ExCeL London on Sunday, 26 January 2020, the ceremony recognised achievement in 15 categories, 14 of which were open to nomination. A panel of expert judges selected a shortlist which was voted on from Monday, 1 October to Wednesday, 19 December 2019.

We would like to thank all sponsors– CooperVision, 100% Optical, Alcon, Bausch + Lomb, Johnson + Johnson Vision, Lloyd & Whyte, Optos and Visufarma­– for their continued support.

For more information about the AOP Awards, visit www.aop.org.uk/awards

You can find out more about which cookies we are using or switch them off in settings.

This website uses cookies so that we can provide you with the best user experience possible. Cookie information is stored in your browser and performs functions such as recognising you when you return to our website and helping our team to understand which sections of the website you find most interesting and useful.

Strictly Necessary Cookie should be enabled at all times so that we can save your preferences for cookie settings.

If you disable this cookie, we will not be able to save your preferences. This means that every time you visit this website you will need to enable or disable cookies again.

This website uses Google Analytics to collect anonymous information such as the number of visitors to the site, and the most popular pages.

Please enable Strictly Necessary Cookies first so that we can save your preferences!